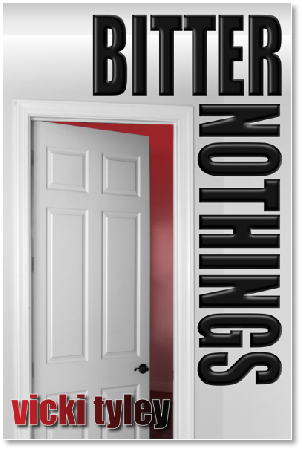 “Tyley prides herself on writing gritty, fast paced mystery novels without gratuitous sex and violence, and that's exactly what you get in Bitter Nothings.” -Laura Money, The Australia Times

Half her family have been murdered in their beds. Her father is the prime suspect. And things are about to get a whole lot worse…

Graphic designer Dervla Johns wakes one morning to the news that her father, Warren, is missing and her stepmother and step-siblings were found dead in their beds. While the police hunt for Warren, Dervla searches for answers. Could her father really be a killer? Refusing to be warned off by police threats, or intimidated by the reporter who appears to be following her, she delves into her family's past.

But as she uncovers one shocking secret after another, Dervla's world is rocked further by another murder - and she finds herself desperately trying to untangle a web of illicit love and betrayal. Soon, Dervla must face her greatest fear… or suffer the same deadly fate as her stepmother.